A herb is a plant or plant part used for its scent, flavor or medicinal properties. Plants which have a recognized medical use are called Medicinal plants. Medicinal plants can be found growing in numerous settings all over the world and they range from plants which are used in the production of mainstream pharmaceutical products to plants used in herbal medicine preparations.

The herbal ingredients in our topical skincare products are carefully selected for their medicinal proprieties related to skin and they are listed in the British Herbal Pharmacopoeia. BHP is setting the standard for pharmaceutical compliance across the globe. Australia and Canada are just two of the countries that have adopted the BP as their national standard alongside the UK.

Herbal medicine is one of the oldest forms of medical treatment in human history, and could be considered one of the forerunners of the modern pharmaceutical trade. Plants had been used for medicinal purposes long before recorded history. The ancient Chinese and Egyptian papyrus writings describe medicinal uses for plants as early as 3,000 BC. Indigenous cultures (such as African and Native American) used herbs in their healing rituals, while others developed traditional medical systems (such as Ayurveda and Traditional Chinese Medicine) in which herbal therapies were used. Researchers found that people in different parts of the world tended to use the same or similar plants for the same purposes. However, some can cause health problems, some are not effective if wrongly used and some interact with other drugs you are taking (Source: http://www.umm.edu/altmed/articles/herbal-medicine-000351.htm#ixzz2FNhBSzl7)

DISCLAIMER: Please consult your health practitioner if you are or you are suspecting to be allergic to any of these ingredients. 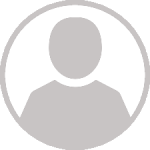 When visiting Australia last year I was given a jar of SKINFIX organic herbal cream developed by Ileana. I have had a painful and irritating dermatitis on one of my cheeks. I was using an expensive prescription cream to control it. When arriving back to Poland I realized, I have run out of my usual medical cream. I have tried the SKINFIX herbal one. To my amazement my skin cleared overnight. I have been using this herbal alternative ever since and I am very grateful for this cream.
Eva Daszczuk

I have lived and grown-up on a farm, northern NSW. Farm work is mostly outside in the open and as a “redhead” with sensitive skin complexion, my skin was left to the mercy of natures conditions; dust, sun, pollen and others... Over time, my skin become dry and even crusty on some parts of the body. I have used different skin creams but I was never impressed with any of them. I am now in my mid 50’s and not much I have expected until I tumbled over this SKINFIX organic herbal cream. I have try-it and my attitude towards carrying for my own skin changed. I use this cream twice a day on my face and cannot live without-it. The dryness is gone. the colour improved and some wrinkles seemed to regress. The dry patches on elbows are gone too. My skin is smoother and yes, I feel much younger. Thank you SKINFIX.
Deborah S

My sunburned nose left me maddening itchiness, refusing to heal for months. I saw the doctor who applied some dry ice to the area, that didn't help. A friend told me about Skinfix cream. I applied it 3 times a day, within 3 days the itchiness on my nose finally stopped. I now use this cream for everything.
Roula Netley

I have been using Ileana’s herbal cream for a year. It is just great for painful cuts and wounds. They heal quickly with no scaring, no need to use a Band-Aid. I would recommend this cream to anybody. You will never know unless you try.
Gosia

I start shaving when I was 14. By the time I was 19, shaving become a self inflicted torture. I have tried all sorts of shaving gels, soaps, aftershaves, vintage and modern shaving paraphernalia but I always ended up with a shaving rush mostly on the neck area. It runs in the family and my father’s advise was to “learn to live with it”. To recover my skin I’ve had to wear a beard for a month or so... All that has changed when a lady friend mentioned to me about “Skinfix herbal cream”. I have use it once and I knew my life was changed. I am using now this cream as an aftershave. I cannot be more thankful to its creator and hence, it’s just herbal.
Sam